By Tali Lehavi on December 23, 2010 in Health, Lessons, Parenting, Stories 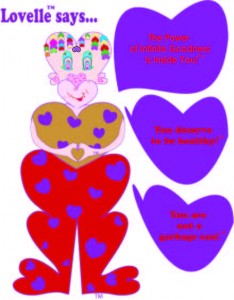 Today I will share with you a very funny but true story about Pavlov and his dogs. In the end, I will show you how you are similar to Pavlov’s dogs! And no, I am not talking about the cute booty shake you make when you’re excited. And I am not talking about the puppy dog eyes when you beg. I promise this information is totally new to you. After I pass it on, it will have a super power effect on you. It will make you want to eat the healthiest food in the world, for example. But don’t worry. This is not a story about dogs that eat candy, lose their teeth, and turn into toothless monsters. It is a story about very good dogs and a very good man that fed them.

Dr. Ivan Petrovich Pavlov, an earthling from Russia, was a scientist who had a lot of dogs. At the time, scientists did not know as much as they do today about how the body works. Pavlov used his dogs to study the body.

Pavlov looked at systems and organs inside our body to figure out what they do. He discovered that some systems work together. For example, our ability to hear, touch, see, or smell is part of the nervous system. Our ability to produce saliva comes from what is called the digestive system–the system that breaks down food into little pieces. This same digestive system also rebuilds the little pieces into slightly bigger combinations that help us grow (new skin for example) and repair damage (booboos or fight colds.) Dr. Pavlov discovered that these nervous and digestive systems work together! How did he discover that they work together? By feeding his dogs!

No! Pavlov’s dogs were not interested in eating him! So how could sensing that he is around influence the digestive response? Pavlov guessed that the dogs make a connection between seeing him and eating. If the nervous system and digestive system work together, Pavolv needed a way to show it. Until he could prove it, his explanation was only a guess called a theory. He needed tools to measure and prove his theory.

Pavlov invented a little tool that he put in his dogs’ mouths to measure exactly how these two systems work together. It didn’t hurt the dogs. It was a little piece that collected and measured the amount of saliva that the dogs produced.

He planned an experiment. He played a bell each time he entered the room with food. Soon, the dogs knew that the sound of the bell meant that food was coming. After enough repetitions, his dogs remembered that a bell meant food.

After his dogs learned the lesson that a bell meant food will come, Pavlov played a bell sound without food. He measured the amount of saliva. It was the same amount as if food were there. Pavlov said the dogs connected, or associated, the sound of the bell to the eating of food.

Pavlov continued to refine this experiment to see how long the dogs will remember to salivate if food doesn’t follow the sound of the bell. It turns out they salivated less and less if the sound was not reinforced by food. And he tested different related sounds of bells to see if the dogs will salivate from similar sounds even though they were only taught to salivate from one sound. They did! The dogs were so smart that they generalized the one sound lesson so that all bell sounds meant food. The key to teaching the dogs this trick was to keep the sound of the bell close in time to the delivery of food.

The more people thought about Pavlov’s experiment, the more it taught them about other areas in their lives. It influenced new understandings in the study of the human body, education, psychology, and of course in the training of pets!

Now how are you like a dog? You can learn to salivate from the sound of a bell, too!

This trick is very powerful. Even though you are choosing to play the trick on yourself, it still works.

Here’s how to do it. Let’s use carrot juice as an example.

1. Make a HeartMark with your hands. Take a deep breath, and then exhale out all the air fully. Now take a fresh breath of air.
2. Do you like yourself?™ Do you deserve to be healthy? Yes you do! Tell yourself that you deserve to be healthy. To be healthy, you deserve to eat healthy.
3. Imagine drinking carrot juice.
4. See What You Love!™ –See the carrot juice surrounded by the HeartMark. It deserves to have a heart around it because it is healthy!
5. Now imagine feeling really awake, full of energy, and clean inside.
6. Now drink carrot juice. Notice how sweet and delicious it is.
7. HeartMark and pay attention to how wonderful you are feeling.
8. Repeat this process whenever you think of carrot juice. The key is to think about how great you will feel and how great you are feeling after you drink it.
9. Soon, you will feel very energetic and great just from looking at carrot juice!

Now for the opposite effect. Think of Tootsie Roll candy. I know this works because I used to eat too many tootsie rolls, got cavities, and now I definitely think of pain every time I see them, so I no longer crave them. I don’t mean to pick on Tootsie Rolls. There are worse options out there. It is just representative of any habit that you want to break because it is not good for you. Use this method to break a junk food habit, overuse of video games, or any other behavior that you need to quit.

1. Make a HeartMark with your hands. Take a deep breath, exhale it out fully, and refill your body with clean, fresh air.
2. Now think of a Tootsie Roll. Do not put it into your heartmark. Tootsie roll is an evil thief. It will steal that clean feeling inside. Think of a smelly trash can with sour spoiled smell. That’s where the tootsie roll belongs. Is your body that smelly trash can? The sugar in the tootsie will turn sour very fast. It will destroy the cover on your teeth called enamel. Then bacteria will eat the teeth and cause cavities which hurt. If you remember the pain of a cavity, try to feel it now. If you remember the sound of the drill and the smell of tooth particles flying near your nose while the dentist cleans it, remember that sensation now. Once you have fillings, new sugar always gets underneath the cavity, leading to new pain and dental problems for life. Trust me!

Now look at the horrible ingredients in Tootsie Rolls! They don’t belong in your body at all! Would you eat any of them separately? They are a combination of powders and grease without any nutrition at all. Nothing in them is what your body needs. That means that your body will have to waste all the good energy and soldiers that it needs in order to keep your cheeks healthy looking, heal your booboos, keep your hair shiny and strong, and keep you from getting sick. Instead of doing these things, your body’s little good hardworking soldiers (like the ones you earned from the carrot juice) will have to waste time trying to catch the poisons (like the artificial flavor) from the Tootsie Roll to figure out how to grab and throw them out of the body.

The sugar in the tootsie roll will steal calcium from your bones. That means that when you fall, your leg won’t just hurt, it will actually break. The sugar will also make your insulin pump work harder, which will make it pump so much that it will break faster. Visualize the machine pumping so hard that it breaks and there is no cure to fixing a broken insulin pump. This will lead to diabetes. Once you have diabetes, you can never enjoy “treats” unless you give yourself a shot. In fact, you have to shoot insulin with a needle with every meal. You may have to wake yourself up in the middle of the night just to give yourself the insulin. Or your family will have to do it for you. And you still run the risk of going blind and losing your arms or legs. Once you have diabetes, it’s forever. If you don’t want to worry about diabetes, think about the pain in your teeth, the hair falling out, the bad breath from cavities, and the poisons stealing calcium from your bones. Visualize the fragil bones, the weight gain from having a broken bone, the lack of energy that will accumulate, and bad skin. You do not deserve such problems.
3. If you still want to eat the tootsie roll, then try putting it in your mouth and thinking about how the flavor is really not worth all those problems. Say goodbye to it. Pay attention to the filth on your teeth that collects. Run and brush your teeth. If you don’t, pay attention to the bacteria eating up the teeth. Think of the dentist drilling or cleaning up the mess. Owee!!
4. Repeat this imagery until it becomes automatic. Soon, you will think of pain and lack of energy just from staring at tootsie rolls. After, you will not even bother to imagine eating them. You will never even crave them.

Repeat this method for all habits that you want to have, as well as for habits that you want to break! You really can train yourself to associate negative reactions with bad habits, and good reactions with good habits. It’s a great way to reinforce good habits and quit bad habits. Basically, you are teaching yourself to salivate like a dog to the sound of a bell! In Pavlov’s words, you are “classically conditioning yourself.”

This way, you can actually enjoy doing things that are good for you. This is what makes a person successful! Successful people exercise and eat healthy and actually enjoy what they are doing. They are not eating healthy food and not enjoying it. They taught themselves to enjoy it, so it’s easy to keep up such a habit.